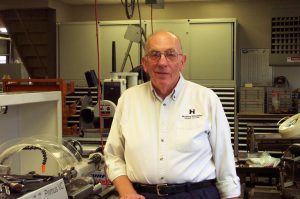 It is with a heavy heart that we announce the passing of a colleague, fellow staff member, and dear friend, Kenneth F. Taylor, Jr. (Ken), who left his earthly home on December 8, 2021.

If you were to peel back the layers of Horberg Industries over the years, you’d find Ken’s fingerprints on just about anything and everything you saw.

Born in 1933, Ken served in the U.S. Army from 1953-1955, following which he enlisted in the ranks of Horberg Grinding Industries, Inc., working for his uncle, William Horberg, where he continued to serve with pride in a business founded on the principles of precision.

For almost 57 years, he held the positions of craftsman (in both metal and wood), inventor, teacher, mentor, production process master, and caring friend.

His colleagues have offered these reflections:

“Any task that Ken is given gets done and gets done right.  He seems to challenge himself to ensure his ability matches any task he is asked to perform”

“He was a true craftsman and helped anyone that needed it.  (He) tackled new projects and figured them out with his amazing breadth of skills.”

“He was a huge part of my life at Horberg. I will really miss him.”

“As good a craftsman as he was, he was humble enough to appreciate the ideas and inputs of others.”

It goes without saying that his influence was enormous; his contributions and his presence will certainly be missed.  It has been a privilege not only to work with you but also to know you.  Godspeed, Ken. 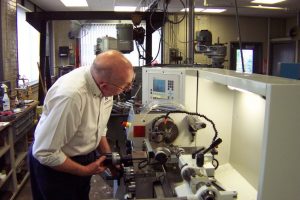